A couple of weeks ago, we at RaceSplitter were contacted by the organizers of the Carrera por Montaña Los Guájares — one of the four official 2012 Andalucian Cup trail races — asking whether we’d consider providing the timing service for the event, using RaceSplitter. We agreed, and this past weekend we headed to the Los Guájares town in Granada, to serve as the official timing service for this exciting race.

Two separate races were planned for the day:

For each primary category — e.g. “H-VET” (men’s veteran), “M-SEN” (women’s senior), etc. — we would need to further differentiate between “Federated” and “Non-Federated” participants (since only Federated participants can receive prizes.) To achieve this, the race director defined the categories as follows:

For the smaller race, only the finish time would be recorded. For the large race, however, the director wanted two times recorded:

To execute on this, we decided to use *three iOS devices* — two iPhones and an iPad. Our plan was to have two people timing at the finish line (each with an iPhone, timing one of the two races), and one person at the mountain peak (La Giralda) recording intermediate times with the iPad. 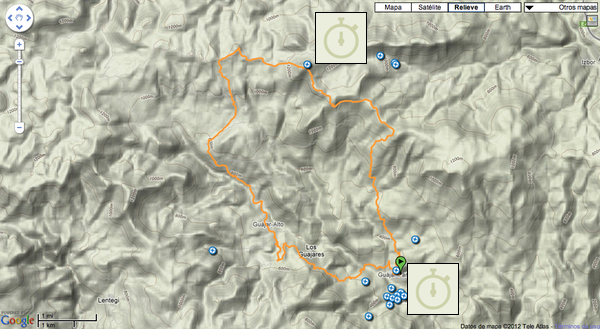 A few days before the event, the race organizer sent us an Excel spreadsheet containing the start list information:

We uploaded this data to RaceBuilder to create our races, and import them into RaceSplitter on the iPhones and iPad.

In the final days leading up to the event, the race director emailed us some last-minute changes. We updated the races online, and reimported into RaceSplitter on our devices.

On the morning of the race, the three of us waited in the start area for the race to start — at which point we started the timers in RaceSplitter, on the three devices. 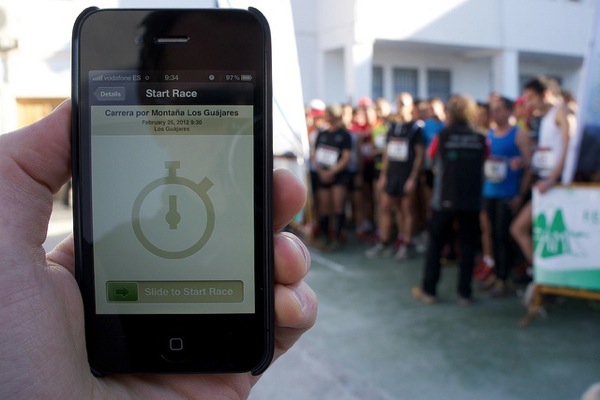 At that point, Matt jumped into a Jeep, and headed up to La Giralda. About two hours later, the first racers began arriving to the mountain peak, at which point Matt started recording intermediate times with the iPad. 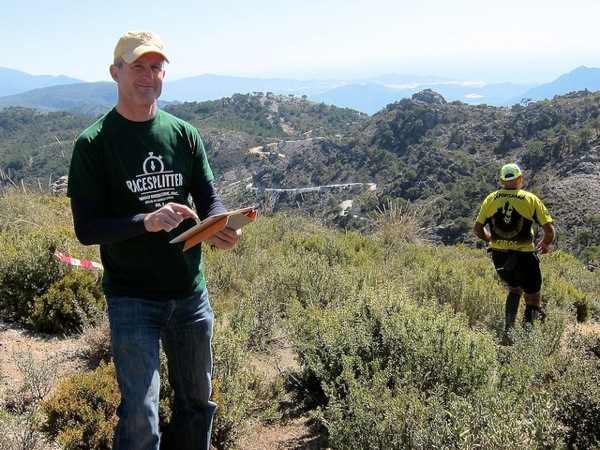 When the last racer passed the intermediate point, Matt stopped his race on the iPad, and headed back down the mountain to the join the others at the finish line. And when the last racers of the mini and large races crossed the lines, Alex and Carlotta ended their races as well.

Publishing and printing the results

At that point, all three — Matt, Alex and Carlotta (all logged into the same account at RaceSplitter.com) — each pressed the “Publish to RaceSplitter.com” buttons in RaceSplitter, and a few minutes later, the results were available online — ready for browsing and printing.

There are some important things to note about the results:

After the results were published online and printed, a big paella was served (as is the tradition at races in Spain), and the awards were given — special artesan sculptures created by a local craftsman. All in all, it was a wonderful race, and another successful outing for RaceSplitter! 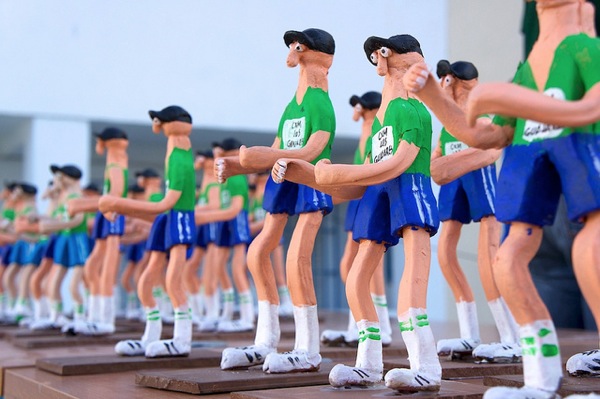