YESTERDAY WE GOT A GLIMPSE OF THE FUTURE OF RACE TIMING, as the Makalu team traveled to Atarfe, Spain to conduct a live demonstration of our new product, RaceSplitter — an iPhone application for race timing.

The event was the Carrera por Montaña Sierra Elvira — the first in a series of four Spanish Cup mountain trail running events, in which elite teams from all over Spain compete to become the Spanish Champions. As a sponsor of the team from Andalucia, the Makalu/RaceSplitter group was given special access to the course for the purpose of providing a backup timing service, using RaceSplitter. 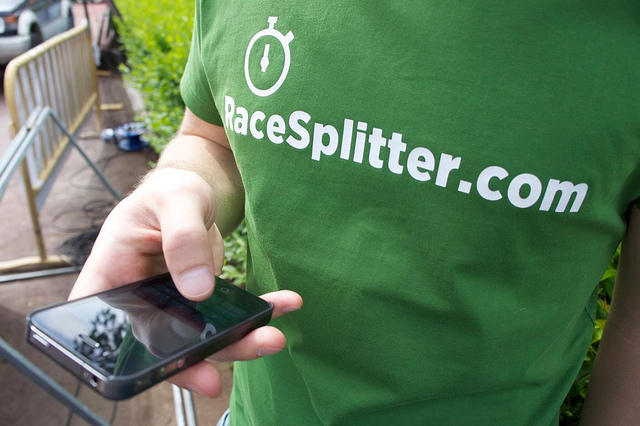 RaceSplitter is an application for the iPhone (or iPad, or iPod Touch), that costs $24.99 in the Apple App Store, and can be used to time any race in which time recording through manual entry of bib numbers is feasible. While you wouldn’t want to time a 100 meter sprint with it, RaceSplitter is perfect for most endurance events where racers pass one by one, or in small groups.

A couple days before the event, the race organizer emailed us the start list in an Excel file — containing racer names, bib numbers, and categories. We uploaded this information to RaceSplitter.com, to create a new race. The RaceSplitter website then emailed a copy of the race to all three of our team members planning to time the race.

Arriving in Atarfe, Spain, the night before the event, the race organizer gave us a list of some final modifications to the start list (including a couple new racers, and a few category reassignments). I logged into RaceSplitter.com, and made the changes, after which the website emailed fresh copies to everyone who’d previously downloaded the race — myself, Pino, and Alex. We all updated RaceSplitter on the iPhones/iPads, by importing the new race file — and with that, we were ready to go.

On the morning of the race, we positioned ourselves at various points on the course. I hiked up to the remote mountain top of “El Morón”, where I would record the times of racers coming up the peak, and then a second timing when they passed by again, having descended the back side of the mountain and returned.

Pino took up her position at the water station in “Pinos de la Moleona,” while Alex was stationed at the start/finish line, where he would record final racer finish times. Together, we would be recording three intermediate times, in addition to the finish times. 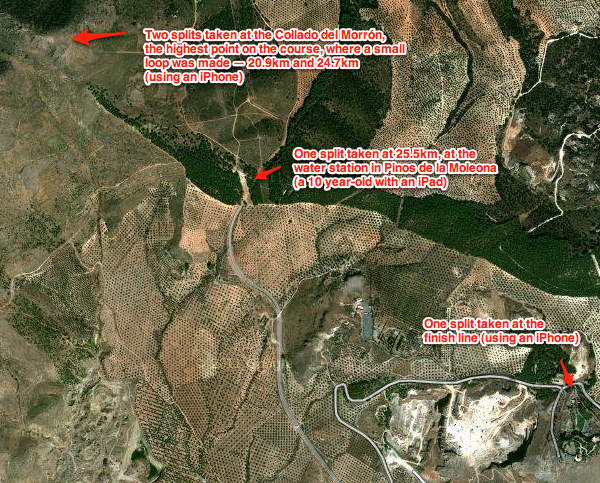 On Alex’s signal, all three of us started our individual races in RaceSplitter. (RaceSplitter allows for synchronized starts, although it’s not necessary; as the RaceSplitter website will automatically adjust the splits for any race that was started later.)

About an hour and forty-five minutes into the race, the first runner passed my position at the ridge below the Morón Peak, and I began recording times. As each racer passed, I would type their bib numbers into RaceSplitter, and hit “Record”. 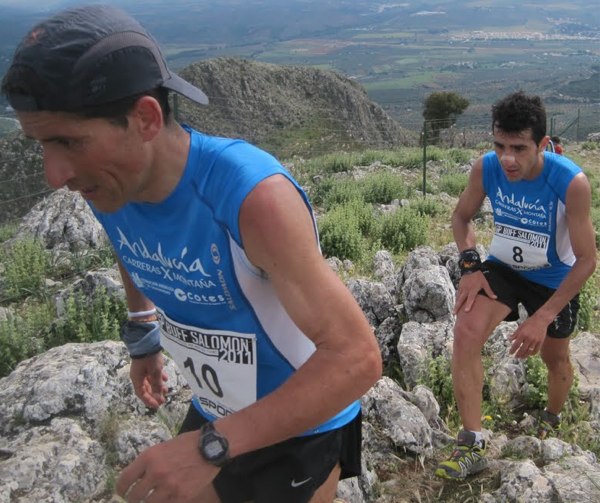 Since RaceSplitter knows the names of the racers, and continually displays current race standings, one of the **race judges on the course** stood next to me, to confirm that his paper entries were being properly made. His job is not to be concerned with times, but to ensure correct recording of the position of the top male and female racers on the course.

Even the race judge wants a copy of RaceSplitter! His comment was,

“RaceSplitter is amazing! What am I doing with this paper? Your app is just as useful to race judges to confirm positions on the course, as it is to those timing the race!”

About thirty minutes later, I found myself both timing racers who were ascending the mountain and those who had descended the other side, and were returning for the last leg back down to the finish line. I was turning left and right, typing bib numbers in as fast as I could, and managed not to miss anyone! I was pleasantly surprised to find that I could successfully time even groups of four or five racers.

Meanwhile, Pino was recording times of the racers as they passed the water station, and Alex was capturing their times at the finish line. 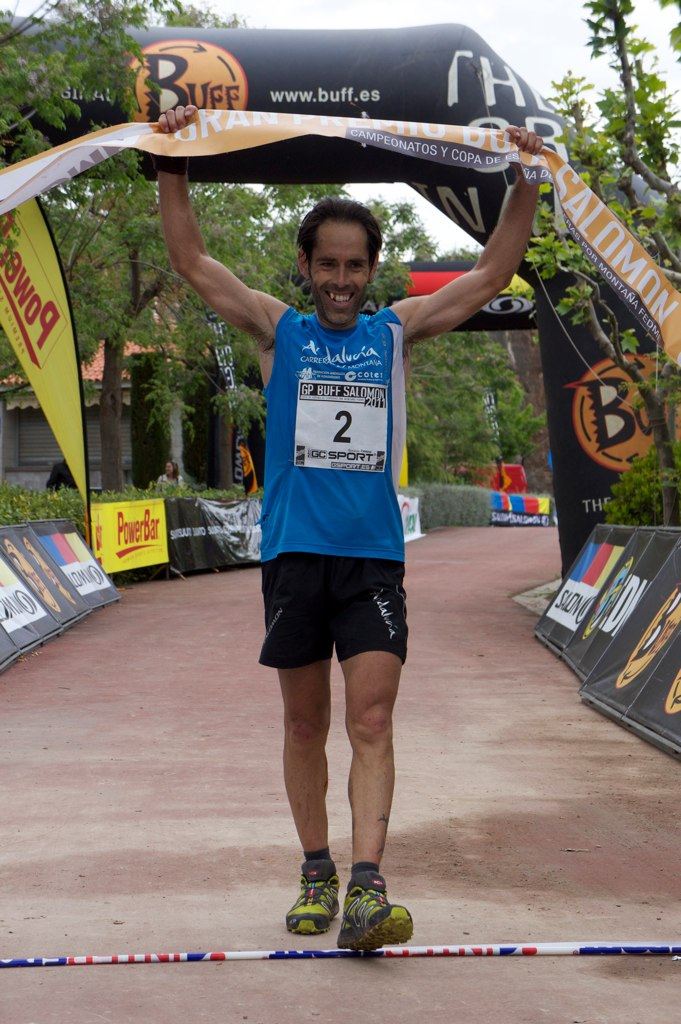 And what better end to a perfect day, than to see Makalu/RaceSplitter-sponsored runner, Ivan Ortíz, take first place, hopefully earning him a spot on the Spanish national team!

Although it’s not quite a fair comparison, looking at the official timing team — with their mounds of computers and cameras and cables — compared to one guy holding an iPhone, you really got the sense that RaceSplitter represents a major positive step in the evolution of race timing!

After the race was over, each of us — myself, Pino and Alex — each uploaded with a single tap of a button our captured data to RaceSplitter.com, where I (as the race creator), clicked a link to incorporate them all into a single, unified set of browseable race results.

If we had been the official race timing service, we would have immediately broadcast the link to these results, so that everyone at the race would browse them at their leisure on their smart phones. (And, of course, we would have printed the results out, as traditionally done at races like these.)

We were extremely happy with how our RaceSplitter product performed, and there was a lot of excitement among the race organizers, and heads of the various federations from around Spain. Even the company doing the official timing were interested to learn more about RaceSplitter!

Today, RaceSplitter represents a flexible, simple, economical yet powerful solution for timing those races in which manual data entry is feasible. The cost of a professional timing service can reach into the thousands of dollars, with additional fees in the hundreds of dollars for each additional intermediate point timed on the course. With RaceSplitter, race organizers can place as many timers on the course as they like, each with a one-time cost of $25.

We’ll leave you with a couple photos from the race, particularly including members of the Makalu/RaceSplitter team from Andalucia — all taken by Alex’s wife (and great photographer!), Carlotta. (There’s also a complete Flickr photo set here). 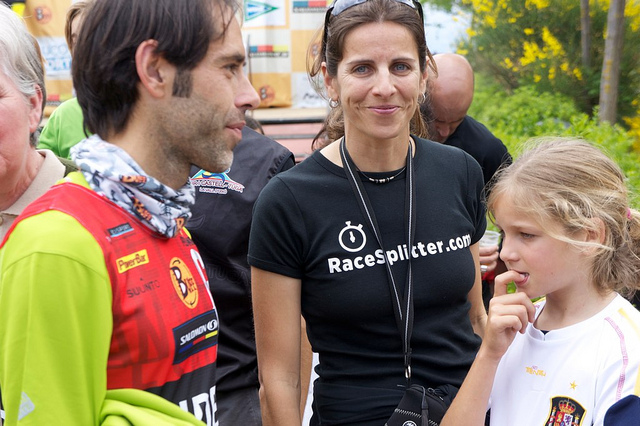 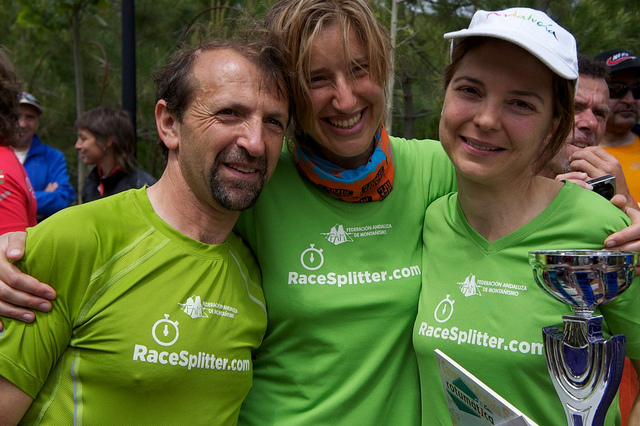 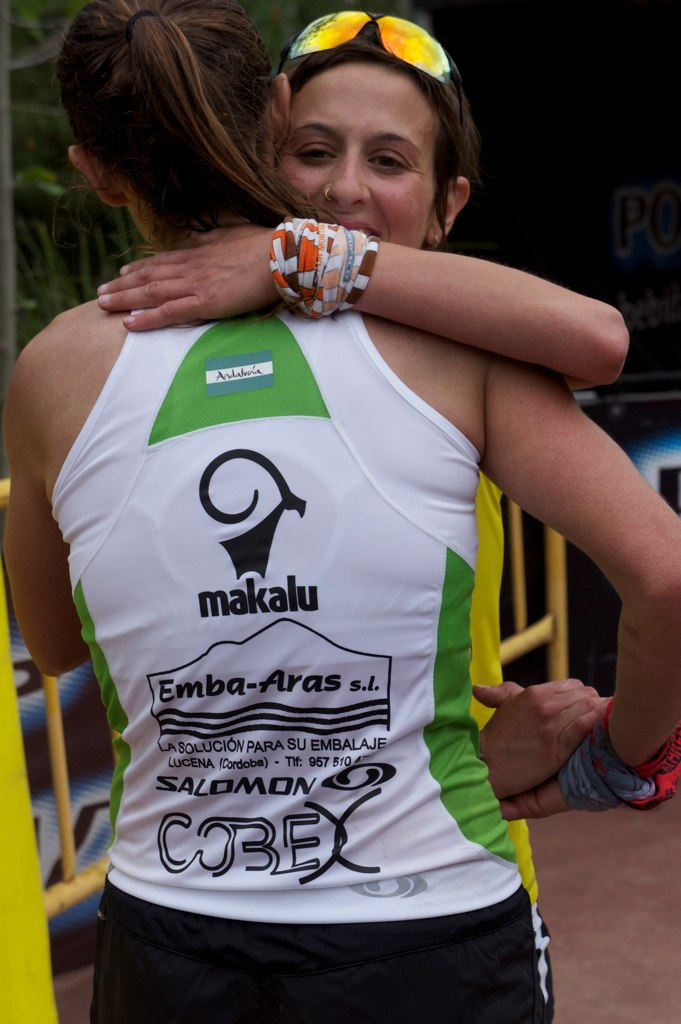 Timing the 24 hours of San Pedro race with RaceSplitter →